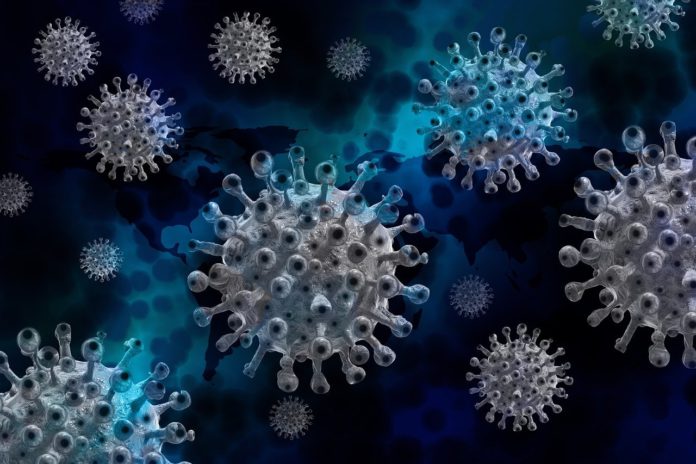 EDMONTON, AB – The province’s former Chief Medical Officer of Health is warning that action must be taken now to avoid limiting health care during the fourth wave of the COVID-19 pandemic.

In a letter to new Health Minister Jason Copping, Dr. James Talbot calls for an immediate “fire break” of at least four weeks that closes indoor access to restaurants, pubs, and gyms and limits attendance at other indoor locations, such as places of worship and stores.

He also says face masks must be used in schools, some ICU patients must be transferred immediately to other provinces, and proof of vaccination must be required to enter all non-essential businesses.

Talbot says there would still be a four-week delay before any of these measures have an effect on ICU admission numbers.

He says a lack of action could soon lead to triage measures in our hospitals deciding who gets treatment, and who doesn’t.

Premier Jason Kenney though is rejecting any type of hard lock down in this province. He told a radio show (Roy Green) over the weekend that going down that road would make “no sense” for the 80% of the Alberta population which is vaccinated. Kenney noted on the show that vaccinated people are much less likely to transit COVID-19.

The following is a copy of Dr. Talbot’s letter: 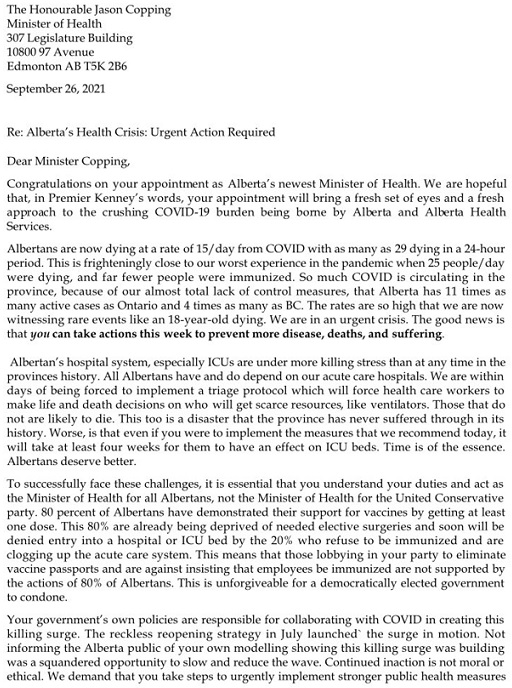 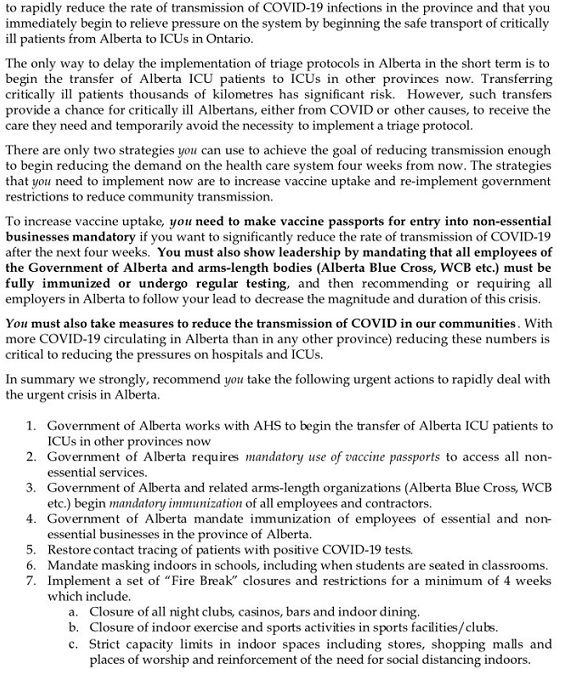