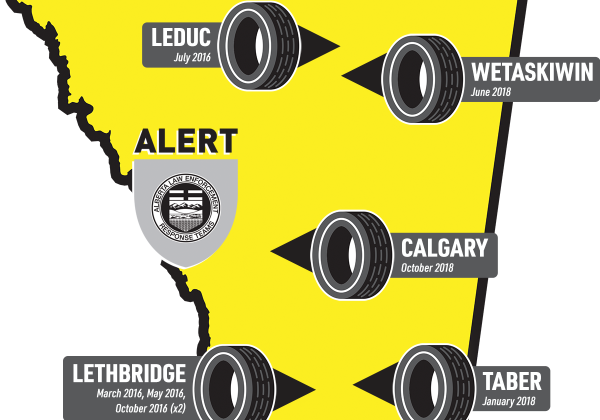 Police say at least eight dealerships in Alberta have been victimized with offences dating back to March 2016.

Four break-ins occurred in Lethbridge as well as one each in Taber, Calgary, Leduc and Wetaskiwin.

The missing tires and rims are worth about $250,000 though ALERT says none of the stolen property has been recovered.