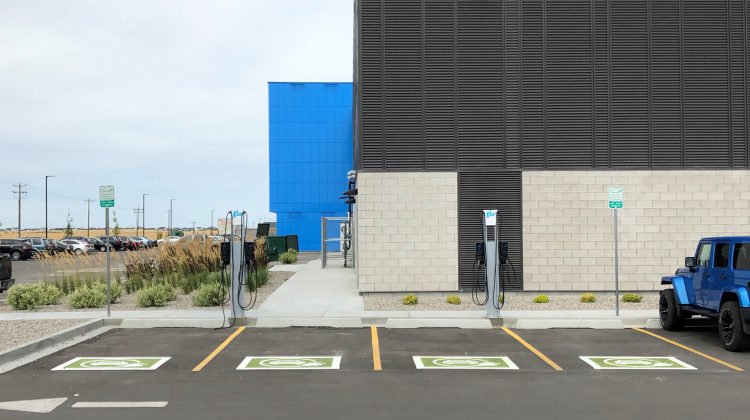 With the growing popularity of electric vehicles, the City of Lethbridge has now brought four additional Level 2 chargers online on the west side.

Transportation Manager Darwin Juell says residents and visitors can now charge their electric vehicles in the parking lot outside the ATB Centre.

He says demand for these charging stations is growing. “Two years ago there wasn’t really any demand except for Tesla chargers it seems. I think there’s 10 to 15 charging stations around the City of Lethbridge. Last week we activated these four ATB Centre chargers for the public to use.”

The ATB Centre chargers take 4 to 6 hours to fully charge a vehicle and cost around $2.00 an hour to use.

The City of Lethbridge is one of the founding partners of Peaks to Prairies initiative, a regional program that will see a network of electrical chargers installed across southern Alberta. By adding City owned charging stations, in conjunction with the Peaks to Prairies initiative, Lethbridge hopes to demonstrate a  commitment to supporting the transition to low-emission vehicles while enhancing tourism and economic development opportunities.

(With files from City of Lethbridge)