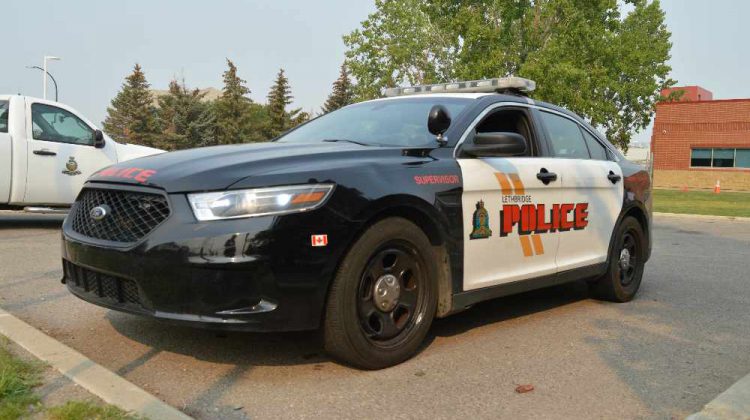 A Lethbridge woman is facing charges after crime prevention signs were damaged and a man was threatened in a north side neighbourhood.

Lethbridge Police were called out early Sunday morning (Aug. 25) after someone reported hearing noises outside his home on 9th Street North.

When the man went to investigate, he found a woman with a black band painted across her eyes standing in front of his house ripping down a sign he had put up on a tree that asked people to call police if they see drug activity. The man asked her to leave, however she apparently got mad and threatened the homeowner.

A short time later another man saw the same woman ripping down more crime prevention signs a few blocks away. He asked her why she was doing that. The woman apparently began swearing at the man and alleged the signs were “anti-addict” then left the area.

Police say the woman then returned to the first house, along with two other people and was seen spray painting a crime prevention sign on a tree.

Later in the day on Sunday, officers identified a suspect and made an arrest.

25 year old Ashley Dawn Marshall is charged with uttering threats and mischief to property. She will appear in court October 30th.

LPS say Marshall is not associated with the Supervised Consumption Site.