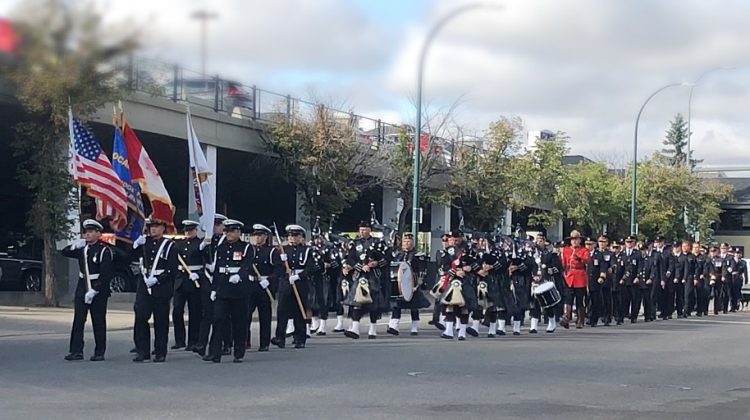 Participants marched from Fire Headquarters on the corner of Scenic Drive and 4th avenue south up to Southminster United Church.

Honour Guard Commander, Jim Anderson, says it’s a way to commemorate those who have lost their lives in the line of duty.

He says the fire service is a brotherhood and “we feel for other firefighters who are suffering the same as us.” Anderson says he remembers very clearly September 11th, 2001. He was on duty at the time and watching the television as the Twin Towers fell and “thinking of the firefighters who were losing their lives that day.”

A ceremony at Southminster United Church to honour fallen firefighters from across North America, was held after the parade.