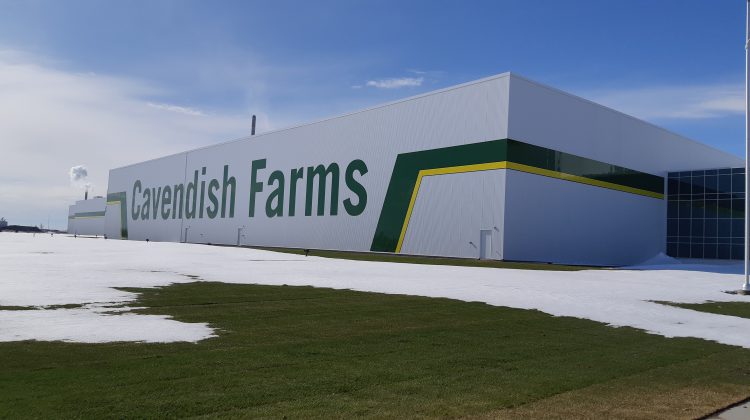 The state-of-the-art facility spans the size of seven football fields and is the largest private sector investment in the history of the city.

Cavendish President, Robert Irving, says the plant will employ more than 238 people and means a tremendous boost to the local agriculture community.

He says there were many reasons Cavendish was able expand its operation in Lethbridge and grow in Alberta, adding it started with “the availability of high quality potatoes from local growers and the can-do attitude of our Lethbridge employees.”

Lethbridge Mayor Chris Spearman was also on hand for the ribbon cutting. He says facilities like the new Cavendish plant are the key to Lethbridge’s economy going forward, adding “we don’t have oil and gas but people will always want food.”

The new facility takes up about 80 of the 288 acres owned by Cavendish Farms and Irving says expansion plans are on the horizon.

Lethbridge woman arrested for dangerous & impaired driving in BC Kootenays