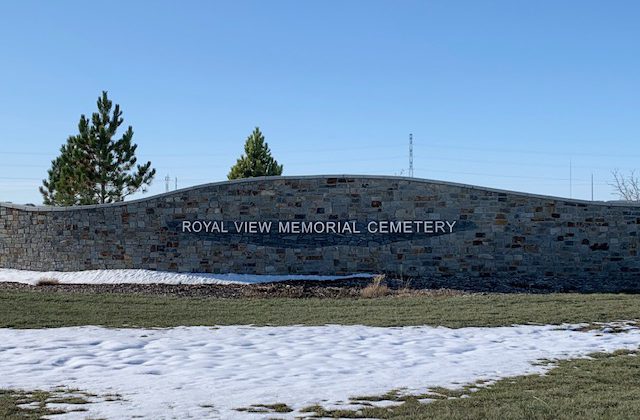 Lethbridge is getting set later this fall to offer green burials.

The city has an area set aside in the southwest corner of Royal View Cemetery on the north side.

“The concept of a green burial is to leave it as natural as possible. We have built pathways and started treeing around the perimeter of the section. The grass, we’ve pretty much left it as is,” says Okubo.

Okubo says they hope the first green burials will start by December.

Okubo says there have been quite a few inquiries into the green burials here. He notes whether or not people choose to use that option he’s not sure, but it is something they want to offer to the community.

Okubo also says the green section at Royal View will have an area to accommodate around 1,400 burials over time.

People buried in that section can be memorialized on a series of boulders placed around the pathway system which will act as headstones.