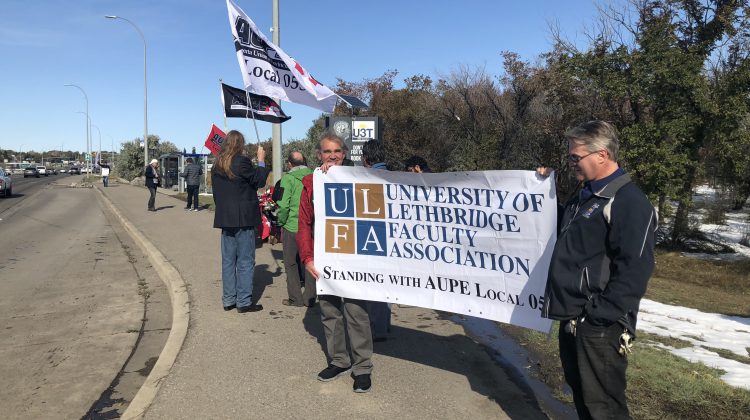 An information picket by AUPE members outside the University of Lethbridge. Photo Credit MyLethbridgeNow.com (Tina Karst)

The Alberta Union of Provincial Employees continues to fight back against the government’s Bill 9.

Union members held an information picket outside the University of Lethbridge over the noon hour Friday to protest what they say are looming cuts to public services.

AUPE Vice President Susan Slade, says it’s not appropriate for the government to give out handouts to big corporations on the backs of public sector workers who already took wage freezes in the first years of their contracts.

The union members working at the U of L were supposed to have a wage re-opener done by October 31st.

The UCP government’s Bill 9 has deferred wage arbitration talks for thousands of front-line government workers until after the budget is introduced.