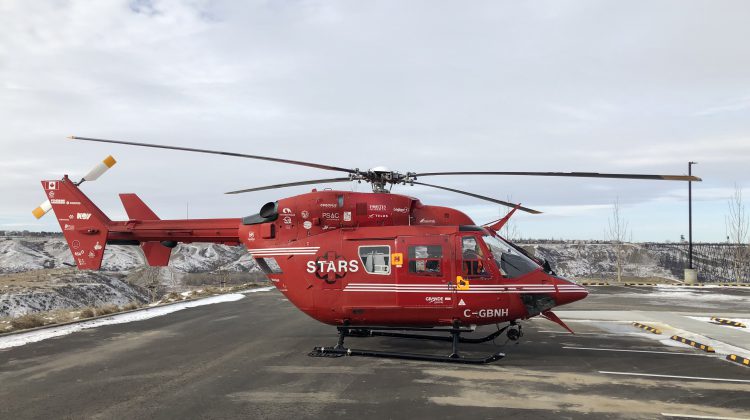 A helicopter, that’s been part of the STARS Air Ambulance fleet for more than 30 years, made a farewell trip to Lethbridge Wednesday.

The BK117 is being phased out by the new H145s – a similar model but much newer and with more advanced technology.

Lethbridge’s Kelly Waldron was the first STARS patient back in 1985. Her and her twin brother, Travis, were born more than two months premature and Kelly was flown by the BK117 to Foothills Hospital in Calgary.

The first new H145 in the fleet honours Waldron’s place in STARS history by bearing the official registration mark “C-GKLY” a nod to her first name.

Lamacchia says Lethbridge is the busiest site in Alberta for STARS with the air ambulance frequenting the community, on average, once a week.

The BK117 flew into Lethbridge Wednesday morning as part of a donor appreciation event being held at the Sandman Signature Lodge on Scenic Drive. 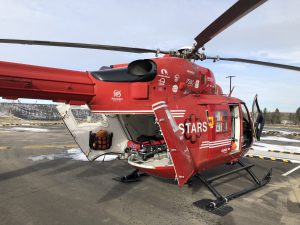