Injuries after multi-vehicle crash on icy Highway 3 near Coaldale 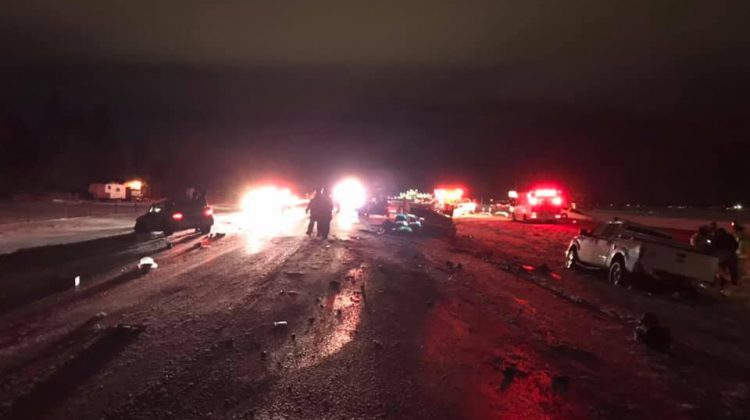 A number of people were injured following a multi-vehicle pile-up eastbound on Highway 3 between Lethbridge and Coaldale Sunday night (Dec. 1).

RCMP and EMS from Coaldale were called out just after 7:00 pm to Highway 3 and Range Road 204.

Emergency officials say several vehicles were involved in the crash and traffic was rerouted on the Jail Road while crews tried their best to keep the area clear.

Weather conditions were not good at the time either with very strong wind, drifting snow, and black ice. Five people were assessed on scene and three were taken by ambulance to hospital in stable condition.

There was also another crash in that same area earlier in the day Sunday.