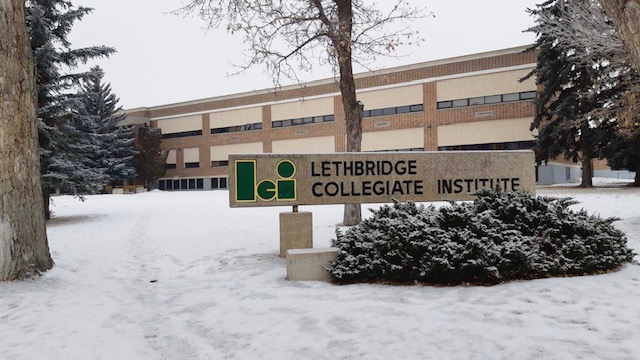 Lethbridge Police are investigating a threats complaint at a local high school.

At around 10am Friday, School Resource Officers were called to Lethbridge Collegiate Institute after a threat was reportedly made toward a group of students at the school.

Staff decided to lock the outer perimeter doors while police investigated and classes continued to operate normally during that time.

Police say they located and arrested a 17 year old boy on the north side and that he is not a student at LCI.

The lock-down was then lifted.

An investigation is ongoing to determine if charges will be laid.