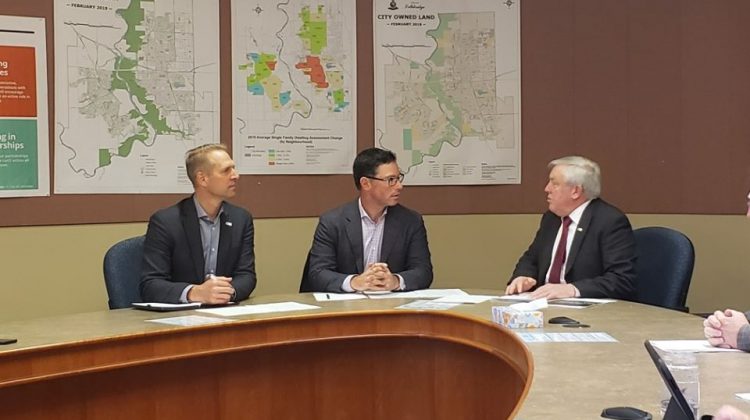 Justice Minister Doug Schweitzer stopped in Lethbridge Monday for a few meetings including one with the Mayor and members of Council.

He says a big focus was around mental health and addictions and how it’s impacting the community.

Schweitzer says tackling the issue from all sides is key, meaning cracking down on organized crime but also providing treatment through court programs.

He says “that’s where the funding comes for drug treatment courts. You have to make sure you have those wraparound services that are there in the community and we do have some resources we can dedicate to that.”

Schweitzer also says he knows how important those programs are in Lethbridge, saying “we talked a little bit further about how do we expand that scope, make sure Lethbridge is one of the first cities, if not the first city, to get an expanded drug treatment court program.”

The idea of Lethbridge having a dedicated Safer Communities and Neighbourhoods Unit, or SCAN Unit, was also brought up but believes the issue may be better addressed by expanding the scope of the Alberta Law Enforcement Response Team as ALERT has had an immense amount of success across the province cracking down on organized crime.