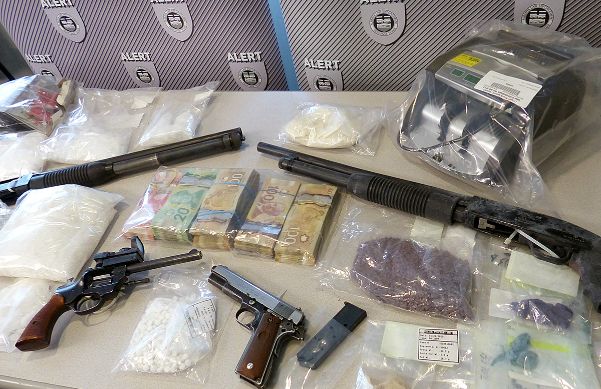 More than half a million dollars worth of drugs and cash has been seized in a joint investigation involving ALERT organized crime teams in Calgary and Medicine Hat.

Officers found meth, fentanyl, and cocaine, along with two shotguns and two pistols after searching two homes in Calgary on January 23rd.

A 56 year old Calgary man was arrested and charged with several drug-related offences.

Police allege he was involved in drug trafficking in Calgary and also suspect him of supplying drugs to surrounding communities.