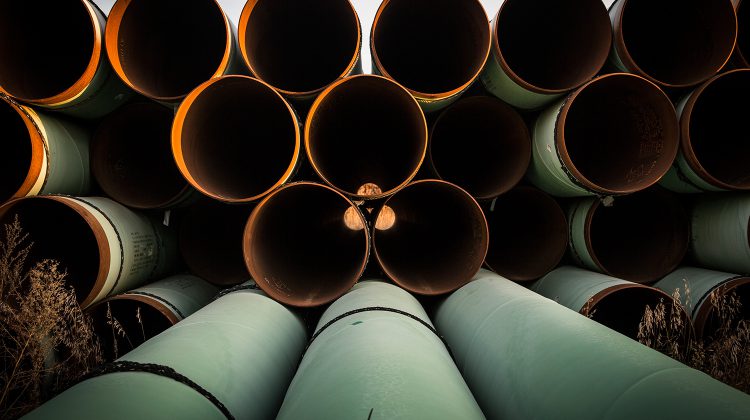 T.C. Energy says it will proceed with the Keystone XL pipeline project.

The announcement came Tuesday morning (Mar. 31) after the Alberta government agreed to invest $1.5 billion in the project, and provide a $6 billion loan guarantee.

The nearly 2,000 kilometre-long pipeline will carry up to 830,000 barrels of oil per day from Hardisty, Alberta to Nebraska, where it will be pumped through T.C.’s existing pipelines to refineries on the American Gulf coast.

Alberta’s UCP government estimates the project will create 6,800 direct and indirect jobs in the province, and billions of dollars in royalties and taxes.

Premier Jason Kenney says Alberta cannot wait for the end of the pandemic and the global recession to act.

“There are steps we must make now to build our future focused on jobs, the economy, and pipelines,” says Kenney. “Today we are moving forward with a project that is essential to our future prosperity. This investment in Keystone XL is a bold move to re-take control of our province’s economic destiny and put it firmly back in the hands of the owners of our natural resources, the people of Alberta.”

Construction will begin immediately in Alberta, at the Canada-US border, in Montana, South Dakota and Nebraska.