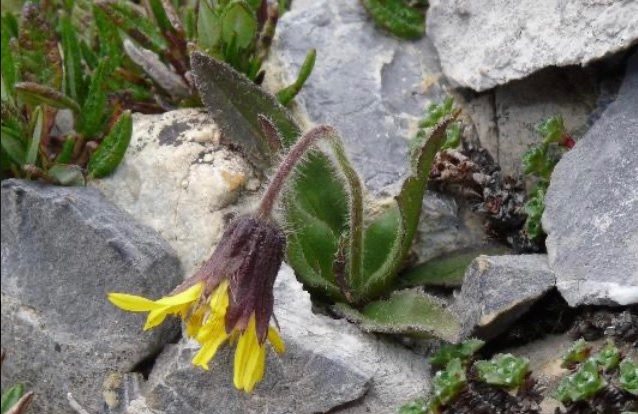 The Lake Louise Arnica, one of 54 endemic species found in Alberta, is a wildflower that grows on exposed alpine slopes and rock slides at high elevations. Photo by Jamie Fenneman.

A first of its kind report is highlighting threats to uniquely Canadian plants and animals.

“Ours to Save” was released late last week by the Nature Conservancy of Canada and lists 308 different species that are only found in this country and may be at risk of extinction.

Alberta’s director of conservation services, Craig Harding, says this province has the third highest number of endemic species at 54.

He says the province also has 18 endemic species that are entirely restricted to Alberta including the Banff Springs Snail which lives only in a handful of thermal springs in Banff National Park.

Harding, says these species are found nowhere else in the world so it’s up to us to protect them, adding “it’s a great chance for us to look at it as an opportunity for conservation and be proud of some of the species we have and know that we kind of are their last chance for survival.”

Some of the endemic species “hot spots” in Alberta are found around Banff, Jasper and Waterton National Parks, Cypress International Provincial Park, and Lake Athabasca as part of the Wood Buffalo National Park.

The full report can be found here.