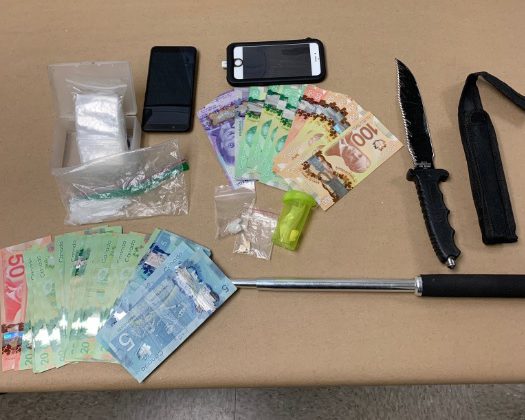 Three people are facing charges after Lethbridge Police recovered a stolen vehicle, weapons, cash and a small quantity of drugs from a south side motel.

Members of the Crime Suppression Team were out Tuesday afternoon (June 23) when they located a stolen vehicle. The suspect pulled into a motel parking lot along Mayor Magrath Drive where her entered a room with two women.

The man was arrested once he left a short while later.

Police seized cash, small quantities of methamphetamine and fentanyl as well as the keys from the stolen vehicle. A search of the truck resulted in the seizure of an extendable baton, large knife, and fake drivers licence .

Both women have been released and will appear in court September 24th.