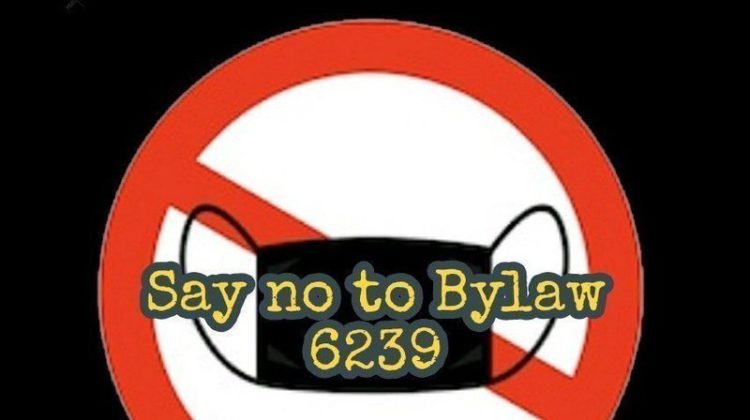 Last week, Council passed the temporary, masking bylaw requiring a face covering be worn at all times while in an indoor, enclosed or substantially enclosed public space or in a public vehicle like a taxi.

However, the petition on Change.org: Repeal Lethbridge Masking Bylaw 6239 states this “bylaw is a law passed out of fear, instead of facts based in science”.

Kayla Busch of Taber started the petition a few days ago and so far it’s garnered thousands of signatures.

She says as a person who lives outside Lethbridge, but frequently shops in the city this bylaw is quote “a slippery slope”. Busch points to contradicting medical opinions on mask wearing from the U.S. Centres of Disease Control, among others.

The petition also reads,”the Lethbridge city council blatant disregard for a citizen’s rights is barbaric to say the least, no matter how temporary.

Anyone caught not adhering to the bylaw can be fined $100, however the City says it plans to focus more on educating the public to wear masks instead.