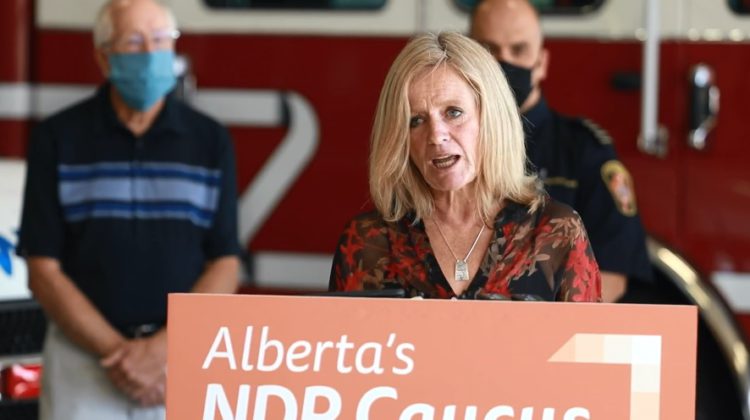 Leader Rachel Notley was in Lethbridge Thursday (Sept. 24) to advocate for dispatch to stay as it is, saying this is a misguided plan by Health Minister Tyler Shandro.

Speaking at the Lethbridge Fire Headquarters Notley said AHS has tried this with past governments too, including when she was premier.

“There is no evidence that this move will improve ambulance services,” Notley said, “There’s a real chance it will make services worse. It’s just not worth it to roll the dice on such a critical system with the lives of Albertans at stake.”

Notley says Shandro never consulted with the mayors of Red Deer, Calgary, Fort McMurray and Lethbridge on this plan, all of whom want the current system to remain.

“We believe that the City of Lethbridge, our partner municipalities and the Province of Alberta have the same goals when it comes to emergency services,” said L’Hirondelle. “The best possible patient outcomes, financial efficiencies, and operational efficiencies. It is our opinion that consolidating EMS dispatch services accomplishes none of those things.”

Lethbridge Mayor Chris Spearman was scheduled to be in Edmonton on Thursday, joined by the mayors of Calgary, Red Deer, and Wood Buffalo to push for the UCP government to abandoned the EMS consolidation plan, which the government says would save the province $6 million a year.

Those advocating for local EMS dispatch to remain argue consolidation will result in longer response times and potentially cost lives.