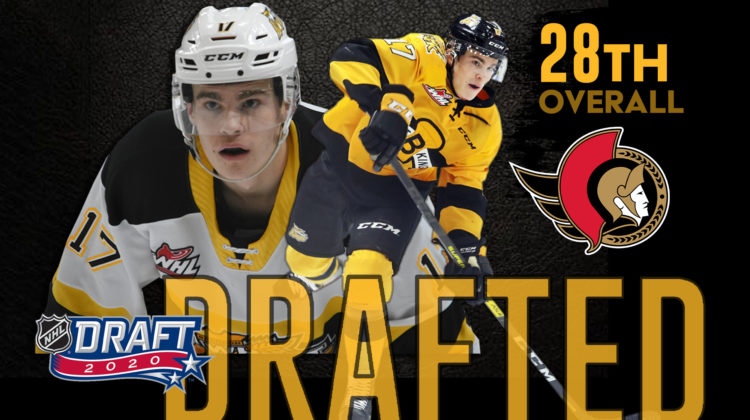 For the third time ever, a Lethbridge native has been chosen in the first round of a National Hockey League Draft.

Ridly Greig was take 28th overall Monday night by Ottawa, in what was the Senators’ third selection of the opening round.

Greig is expected to bring grit and talent to the Ottawa Senators.

Greig was also one of seven Western Hockey League players selected in round one.