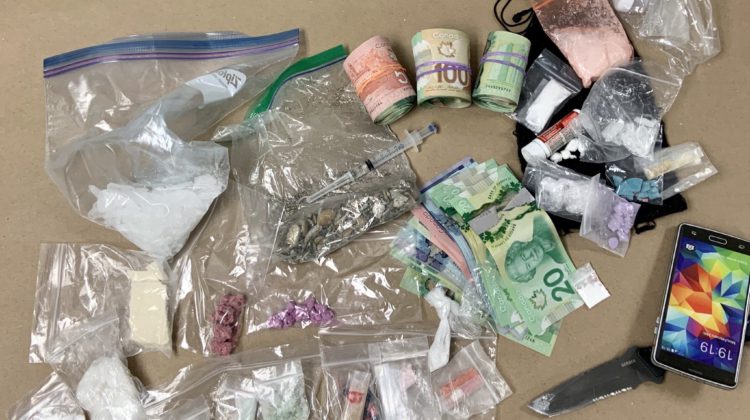 The LPS Crime Suppression Team had been keeping an eye on some activity consistent with drug trafficking recently concluding in the man’s arrest on Tuesday (Dc. 22).

Officers also executed a search warrant at a home along 13th Street South where more than $25,000 worth of drugs were seized including 26 grams of fentanyl, 162 grams of methamphetamine, 31 grams of cocaine as well as quantities of magic musrooms, LSD, and suspected MDMA.

More than $6,500 in cash, a conducted energy weapon and some other items were also found that are believed to have been stolen.

Bradley Stephen Paskiuski is facing eight total charges which include five counts of possession for the purpose of trafficking, possession of the proceeds of crime, and knowingly possessing a prohibited weapon.

He remains in custody at this time awaiting a bail hearing.