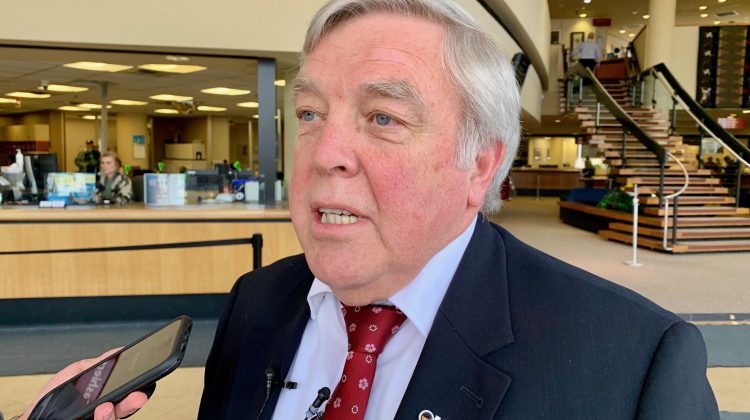 LETHBRIDGE, AB. – The heat has been turned up a few notches when it comes to concerns around emergency medical dispatch in the province.

One month into EMS consolidation and one Alberta community has decided enough is enough.

This week, the Regional Municipality of Wood Buffalo (Fort McMurray) passed a resolution that it will no longer transfer 911 calls to a provincial dispatching centre operated by AHS.

The northern municipality cites delays in response times and other communication issues.

The City of Lethbridge is in same boat as Fort McMurray and was part of the recent EMS consolidation along with Red Deer and Calgary.

“Our concern is that it’s a one-way stream in terms of communication,” stated a frustrated Spearman. “We are giving information and getting no feedback. We are not getting any commitment to fix problems. At this time we haven’t made a decision on how to move forward, but something could happen at the next City Council meeting.”

Spearman says he can’t speak for what’s happening in Fort McMurray, but he shares their frustrations around EMS consolidation and what he calls a lack of transparency.

The man in charge of Lethbridge Fire and EMS is echoing those sentiments. Fire Chief Marc Rathwell told local media there’s already been issues here since dispatch was taken over by Alberta Health Services.

“We were sent to four-plex here in town for a fairly critical medical call. The crews who were responding weren’t given which unit it was. So as our crews arrive, typically we have all that information right from the outset. So our crews, while they were waiting just said this was nonsense after 3 or 4 minutes, not getting this information, so they just went pounding on doors,” said Rathwell.

The Chief says he has “serious concerns” about the communication stream with AHS on this. He notes working through this entire process is very slow and cumbersome. Rathwell says he’s most frustrated with AHS’ “lack of understanding” of how Lethbridge’s integrated Fire/EMS Service works.

Late in 2020, the mayors of Lethbridge, Red Deer, and Fort McMurray sent a letter to the Alberta government saying they would pay their own way to keep local EMS dispatch, however to date the province hasn’t responded.