Lethbridge not facing same recycling challenges as other Alberta communities 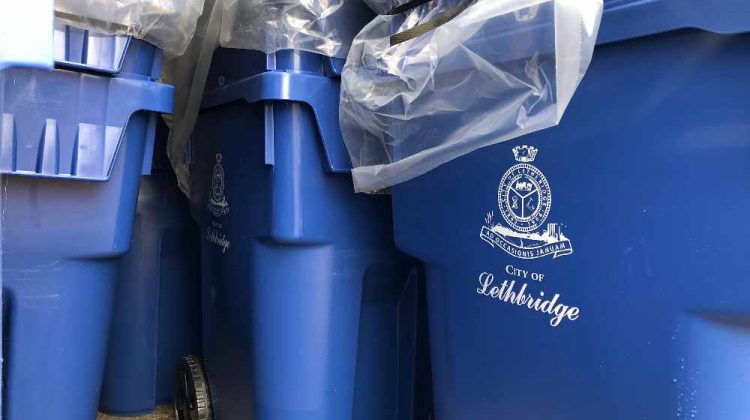 Smooth sailing so far with the Lethbridge curbside recycling program, despite market challenges for other municipalities in Alberta.

The City of Lacombe, south of Edmonton, recently suspended its curbside recycling program and the City of Medicine Hat says it’s looking for solutions to global recycling challenges because the market, especially for some plastics, is influx. Medicine Hat is currently stockpiling some plastics while others are being diverted to the landfill until a solution is found.

Lethbridge’s Waste and Recycling Manager says the city isn’t having those same kind of challenges. Joel Sanchez tells My Lethbridge Now.com that many communities currently having problems are allowing glass and plastic bags in their blue bins. He says that’s the number one issue when it comes to marketing recyclables and that’s the reason Lethbridge doesn’t allow those items in its blue bins. Though Sanchez says residents can still bring plastic bags and glass to the recycling depots and they will try to find a way to recycle them.

He also says many communities use a contractor like Environmental 360 Solutions, which the City of Lacombe was using and the City of Medicine Hat is still with. Sanchez notes the City of Lethbridge owns its own Materials Recovery Facility (MRF) and can control how it collects and processes the items for market.

According to Sanchez, the quality of recyclables has been good in the four weeks curbside has been operating in Lethbridge and they haven’t had any issues marketing the materials, including plastics. The City of Lethbridge works with their broker, Recycle America – one of the biggest in North America – and they do have a market for plastics right here in Canada. He also says the amount of plastics in the mix so far has been roughly less than 10% so not a large amount