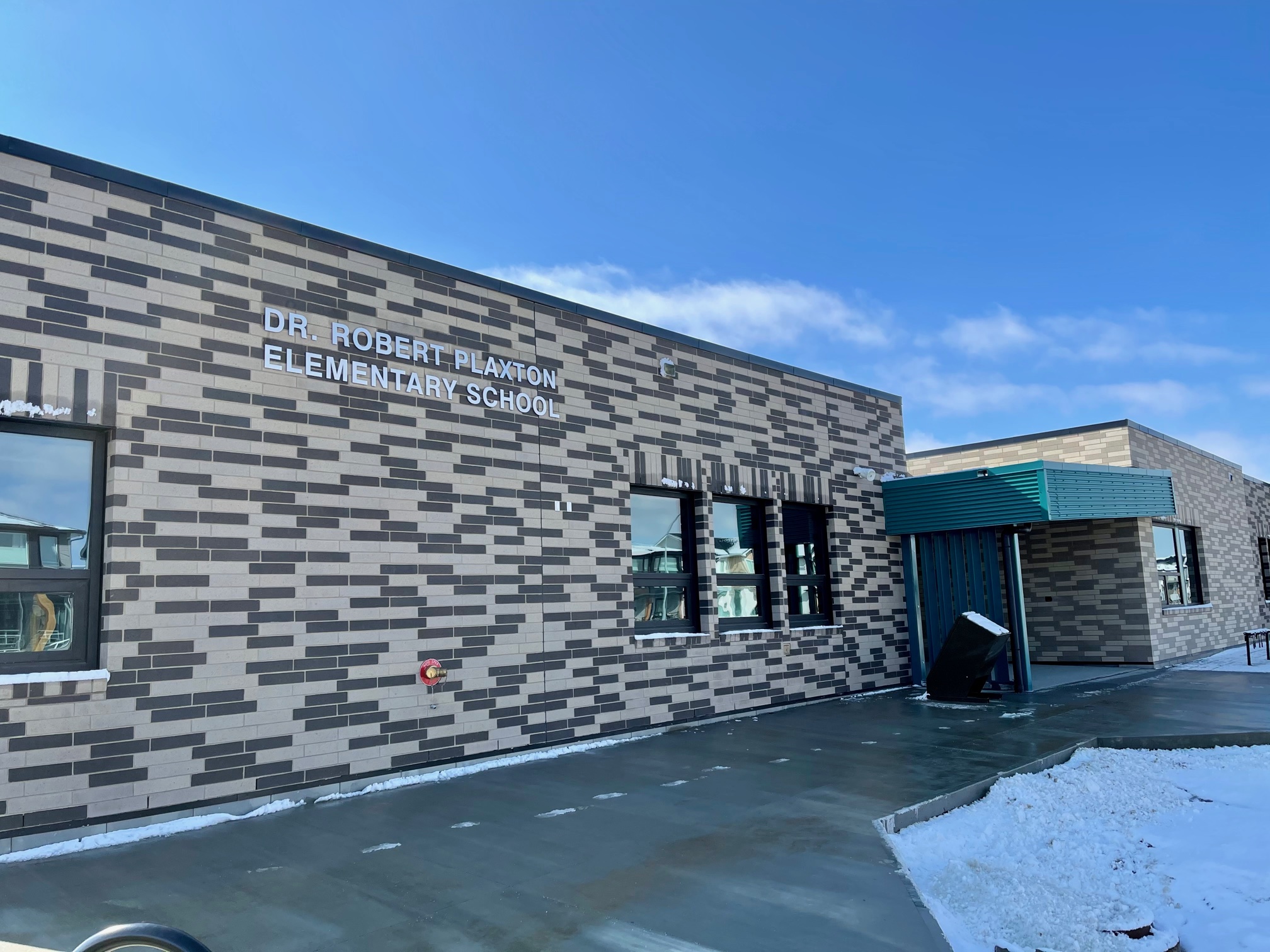 LETHBRIDGE, AB – Dr. Plaxton Elementary School will be producing its own power when students  start walking the hallways later this year.

The school, in the Southbrook neighbourhood east of Fairmont, is nearing completion and the building has now been turned over the public school division.

Board Chair Christine Light says this new school is modelled after Coalbanks Elementary, but has some new bells and whistles.

“The thoughtfulness and intricacies of the planning and design is over the top. What I’m excited about is the theme revolving around renewable energy and the opportunities those will bring to students for global awareness as well and local awareness,” says Light.

This is the first school in Lethbridge to have solar panels which uses the sun’s energy to generate electricity for the school.

The school was named after Dr. Robert Plaxton who was a superintendent for nearly 20 years. He also helped open the first school on the west side which was Nicholas Sheran Elementary and also had a hand in Park Meadows Elementary on the city’s north side.

The new school now has a principal. Erin Hurkett is moving over from Mike Mountain Horse Elementary. She says it’s exciting to see what this building has to offer students and teachers. “If you were able to see the classrooms we have doors than conjoin rooms so there’s lots of opportunity for different classes to collaborate and teachers to do team teaching. We have a huge learning commons area. It’s just a great space.”

Officials were told Tuesday (Mar. 23) that construction is both on time and a bit under budget as well. The construction cost was estimated at $20.1 million.

The K-5 school opens this September and has room for up to 600 students.