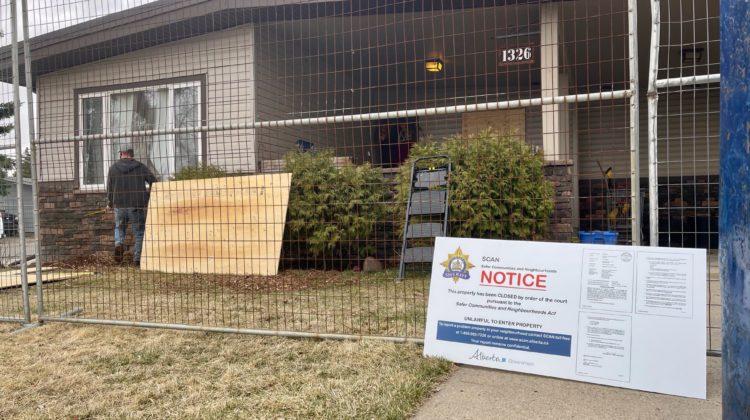 LETHBRIDGE, AB – A suspected drug house in Lethbridge has been shut down for at least the next three months.

The SCAN unit of the Alberta Sheriffs boarded up the home at 1326 Henderson Lake Boulevard South Thursday (April 8, 2021) barring anyone from entering until early July.

This house is less than a block away from Lakeview Elementary School and literally across the street from baseball diamonds near the school.

SCAN Inspector Calvin Hau says officers  began investigating the property back in September in response to multiple complaints from the community about drug use, drug trafficking, and criminal activity.

“I reached out to the Lethbridge Police Service and found out this house is also of interest to them. They’ve been able to tie many members of the drug sub-culture to this house. They’ve also obviously been here for their own calls for service and this is a problem they’ve wanted to clean up for a while as well,” says Hau.

The property will also have conditions on it for the next year and will be monitored by the SCAN unit for the duration of the community safety order.