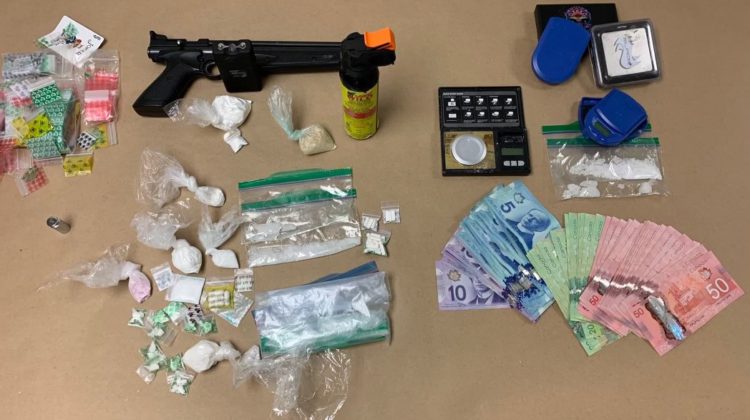 The arrests were made along the 100 block of Columbia Boulevard west after officers spotted what they believed to be drug-trafficking activity.

A vehicle was searched, as was a home along Lemoyne Crescent West, and police recovered: 75.4 grams of methamphetamine; 47.2 grams of cocaine; 0.9 grams of fentanyl; 42 pills including morphine, Oxycodone and Xanax; 25.3 grams of MDMA (Ecstasy) and 25.8 grams of buffing agent (used to dilute illegal drugs).

Officers also seized a taser, bear spray, $7,100 in cash and a vehicle.

33 year old Corey Shaw was charged with four counts of possession for the purpose of trafficking, and possession of the proceeds of crime (under $5,000).

They both remain in custody awaiting bail hearings.