LETHBRIDGE, AB – If you’ve ever wanted to be on the big screen or part of a TV series, this could be your chance.

A highly-anticipated HBO series, called “The Last of Us” is going to start filming soon here in southern Alberta and the show is looking for extras.

An casting call is out now for people who are 18 years of age and older.

The information was posted on Facebook by Keep Rolling Alberta, a group which promotes the province’s screen industry.

The Last of Us is based on a popular action-adventure video game which is set in post-apocalyptic environments.

Filming is slated to take place in the Fort Macleod, High River, and Calgary areas and is set to begin this July. 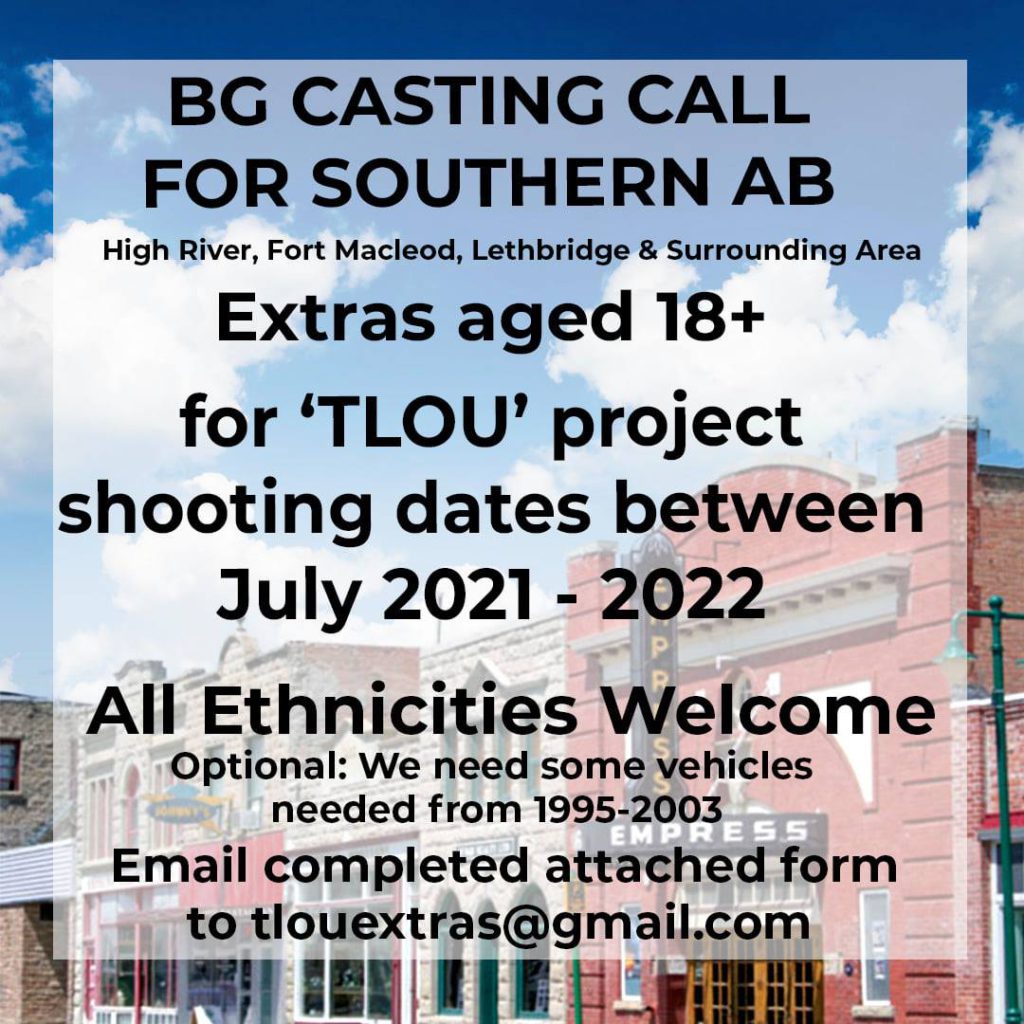 Tina Karst - November 15, 2021
LETHBRIDGE, AB - Half a dozen agencies across Lethbridge are joining forces to make sure the city's less fortunate have everything they need this...
- Advertisement -

Mornings with April on 98.1 2dayFM