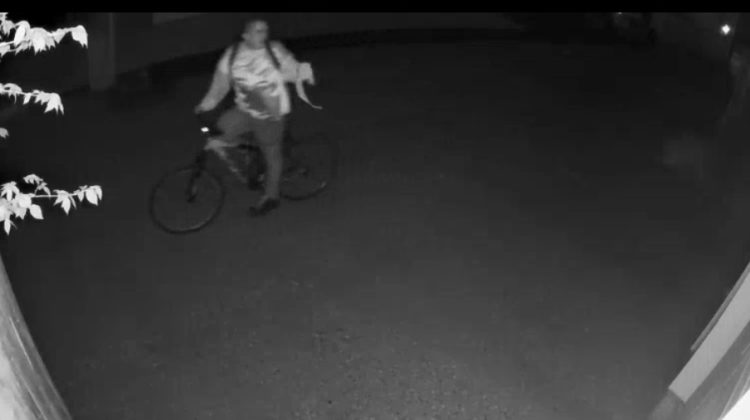 LETHBRIDGE, AB – A person of interest is being sought in connection to three suspicious fires from last weekend.

Video footage showing someone in the area of one of the fires has been released by police in the hopes they can be identified.

The first fire was reported just after 4am Sunday in an ally in the 600 block of 5 street south.

A van and garage were destroyed and a second vehicle was damaged.

All are considered suspicious.