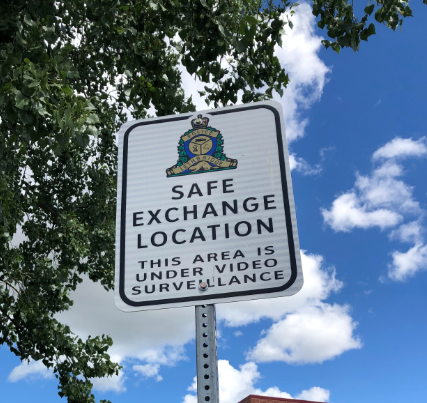 Lethbridge Police have charged a 17 year old boy who they say who arranged to sell a stolen iPhone to an undercover officer and the transaction took place right in front of the police station in the LPS Safe Exchange Zone.

Last week police responded to a report of a stolen phone after the owner found it for sale on the Lethbridge and Area Swap and Buy Facebook page.

The next day the seller was contacted by an undercover officer who arranged to buy the phone. They ended meeting out front of the police station and the seller was arrested on the spot.

The 17 year old, who cannot be identified, is charged with one count of possession of stolen property for the purpose of trafficking.

He was released from custody and is scheduled to appear in court August 3oth.

LPS say since its inception two years ago, the Safe Exchange Zone – consisting of two parking stalls in front of the police station that are CCTV-monitored – has provided online buyers and sellers with a safe place to meet and complete their transactions. Unless, of course, you’re a criminal. Then it’s kind of risky.