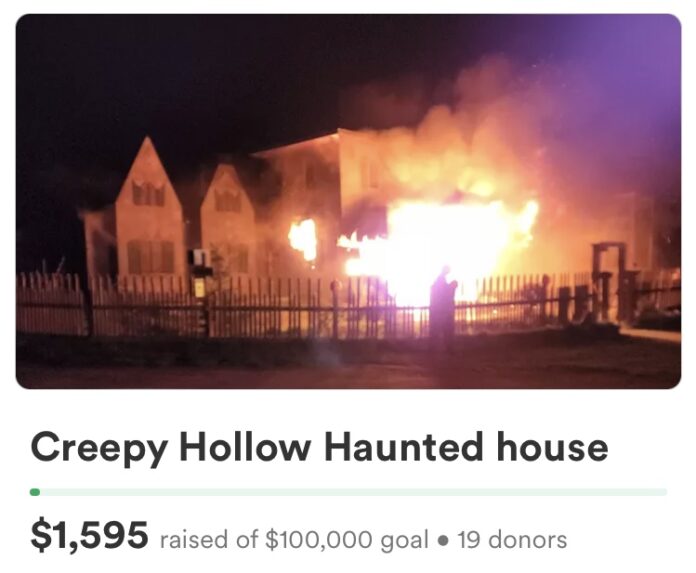 A GoFundMe has been launched to support the owners of Creepy Hallow Haunted House after a fire tore through the Warner attraction late Friday night.

According to the property owners, the Reimer family, the fire began at the mansion near sometime between 10 p.m. and 11 p.m. Kelsie Reimer, daughter of owners Richard and Glory, says the funds will go towards cleaning up the mess left behind by the blaze and rebuilding.

No details surrounding the cause of the blaze have been released, however, the family confirmed no one was injured.