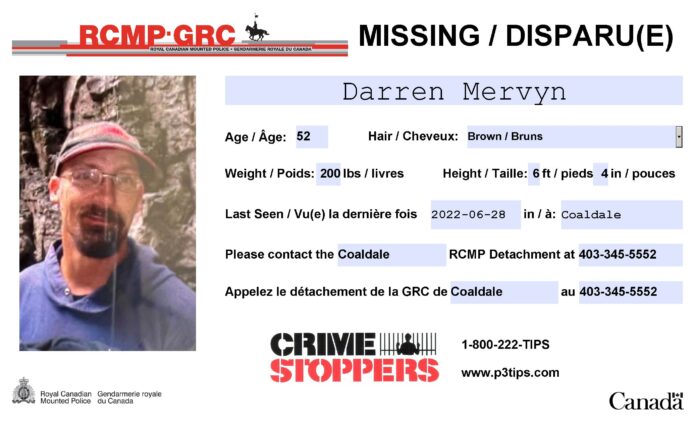 UPDATE: The Coaldale RCMP has confirmed Darren Mervyn was found safe. Authorities thank the public for their assistance.

The RCMP in Coaldale is looking for the public’s help in tracking down a missing 52-year-old man. Police say Darren Mervyn was last seen at his residence in Coaldale on June 28, 2022, at 2 a.m.

He is described as standing approximately 6’4″, weighing 200 pounds. He is bald, with a goatee and wears glasses. Police say Mervyn may be riding a dark blue or black Kona Caldera bicycle.

‘We do what we can’: Lethbridge seniors work to help homeless weather heat

‘We do what we can’: Lethbridge seniors work to help homeless weather heat