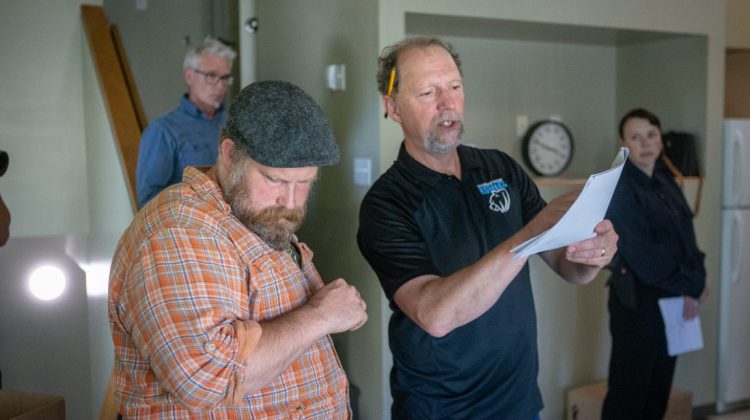 George Gallant says he had the idea to create the VR situations in 360-degree video with actors playing the role of those involved in the crisis situations. Photo courtesy of Lethbridge College.

Currently students learn communication theory in a classroom setting then practice techniques on a simulator before trying out face-to-face interactions.

However, Chair of the college’s School of Justice Studies, Dave Maze, says when it comes to live actor scenarios, many students get nervous and freeze-up.

He says VR would allow students to practice their skills and get one step closer to being able to confidently interact with a live person.

Maze is teaming up with Digital Communications and Media instructor, George Gallant, to create two virtual reality scenarios – a domestic abuse situation and a traffic stop.

The two instructors say they’ve already fielded inquiries from industry partners in policing and corrections who are interested in the technology and the findings of their year-long study.