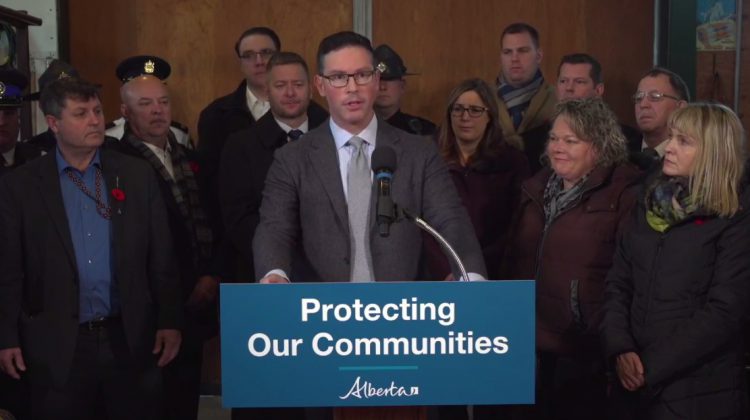 The provincial government is announcing some changes to hopefully deter rural crime and reinforce property rights.

In an effort to help response times, the UCP government is expanding the roles and authorities of 400 peace officers in Fish and Wildlife, Commercial Vehicle Enforcement and the traffic arm of Alberta Sheriffs.

Justice Minister Doug Schweitzer says changes will also be made to the Occupiers’ Liability Act where a trespasser would have no right of civil action against a law abiding property owner who’s defending their property and family against someone committing, or believed to be committing, a crime.

Those changes would be retroactive to January 1, 2018.

Maurice is being sued by a trespasser who was injured on his property back in February, 2018 when a warning shot allegedly ricocheted.

The rancher has filed a counterclaim.

The government also plans to crack down on metal theft by making it more difficult for criminals to monetize stolen material by selling it for scrap.