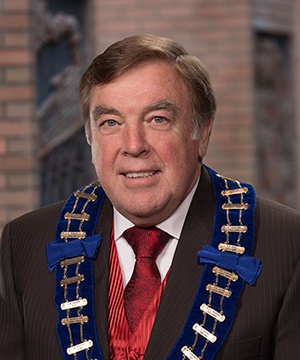 Lethbridge will no longer be the only municipality in North America providing busing operations for its school districts.

School superintendents maintain the move doesn’t make any sense and this current model is something other districts in the province would like to follow, but Mayor Chris Spearman disagrees.

“It’s like the whole is regiment walking and one person is out of step and claiming everyone else is out of step,” says Spearman. “I would say the school boards need to accept their responsibility. We will work with them to have that orderly transition.”

Spearman also noted he’s disappointed to how both the Lethbridge School Division and Holy Spirit District are reacting to this.

The Superintendents of the two Lethbridge school districts stated Tuesday this long-standing partnership has worked very well, however Spearman noted this is a risk and liability to the City and it’s time the City of Lethbridge move in a different direction.

You can ready our full story regarding what Lethbridge’s two Superintendents had to say about the change here: Lethbridge School Districts “Very Concerned” About Future of Bussing

Spearman says the City is choosing not to carry the risk of transporting students anymore adding every other school division in North America is responsible for handling transportation itself.

The Mayor noted the school districts should instead be contacting other divisions to see how they can provide transportation services at no extra cost. “There’s no point in alarming parents and telling them it could cost between $300-$500 a year per child. I think that’s irresponsible.”

The decision to make the change bussing was recommended as part of a city-wide operational review.