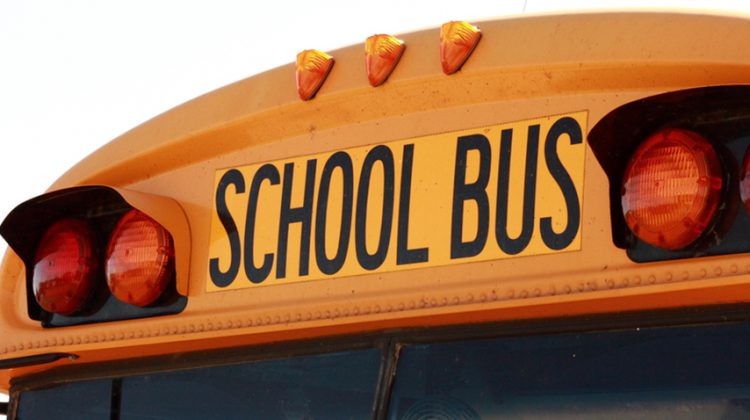 The superintendents of Lethbridge’s two school divisions want to sit down with the city and work out a an agreement for bussing.

Cheryl Gilmore with the Lethbridge School Division and Chris Smeaton with the Holy Spirit Division presented to Councillors Monday at a Community Issues Committee meeting, saying again this partnership is a model for the entire province.

Lethbridge School Division Superintendent, Cheryl Gilmore feels there were some positive things. “We heard from a couple of Councillors who acknowledged that we did need to have some open discussion and that timelines certainly weren’t good for finding other options and that they would anticipate that we would move forward now and meet with City Administration.”

Putting an end to the 50 year bussing partnership between the districts and the City was a recommendation in a recent city-wide operational review.

The superintendents were questioned about media reports suggesting parents may have to pay fees if this transportation partnership ends, wondering where numbers of $200 to $400 a child per year is coming from.

Holy Spirit’s Chris Smeaton stated that’s based on what other school districts in the province charge for fees and told Council he stands by those numbers. Both Smeaton and Gilmore told Council there are only 8 school divisions out of 61 in all of Alberta which don’t have a deficit when it comes to bussing. Two those are here in Lethbridge.

Gilmore stressed she didn’t understand how some Councillors couldn’t grasp that fees would likely have to be charged. “There seems to be a misunderstanding what the term for-profit means. If a company that does a service for-profit, it means they’re making money on that service. If we are engaged in a cost-neutral arrangement like we are now with the City, we are able to cover all costs because no one is making any money. For private companies, someone has to pay for the profit and that someone would either be fees for transportation or from other operational areas such as instruction.”

Mayor Chris Spearman, however was very direct stressing this is a liability issue and the City wants zero risk.

Smeaton on the other hand says they have spoken to their insurance companies and feels if all parties sit down and talk, there is way they could work things out and keep this partnership going. “I would rather do that (sit down and talk) and support our kids going to school, our parents, and the city as a whole than make a decision that’s going to cut them out without exploring these options.”

The operational review, conducted by KPMG, said Lethbridge is the only municipal jurisdiction in North America which provides school bussing for its districts and recommended it was time for the school divisions to take that on themselves.

Both Smeaton and Gilmore are asking Council to reconsider. The two also told Council this wouldn’t give them enough time to properly get a private transportation deal by next September for the 2020-2021 school year. It was suggested by Council that perhaps extending that timeline to September 2021 instead could be an option, however the superintendents stated although that would be better, they’d prefer to not end this partnership at all.