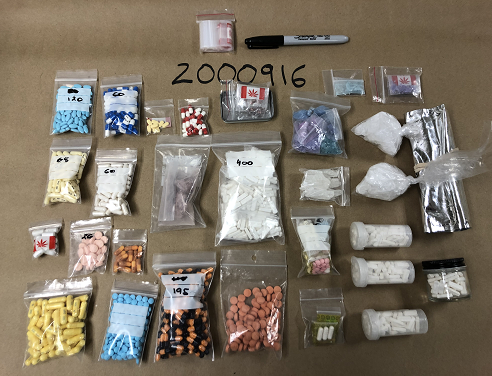 Lethbridge Police have laid charges against a Calgary man and seized $50,000 worth of drugs stemming from an investigation early Saturday morning.

At about 1am, officers responded to reports a man and woman were trying to break into homes along the 600 block of 12B street north.

The pair was spotted trying to open the doors of St. Peters Church.

Both were arrested and while police say the woman was cooperative, the man provided a fake name and was taken into custody for obstruction.

Further investigation turned up a large quantity of drugs including suspected carfentanil, meth, heroin and a variety of pills as well as knives, a baton, bear spray and stolen property.

He remains in custody and is due in Lethbridge Provincial Court on Jan. 16.

The woman was released without charges.