Concerns being raised about some things being thrown into Lethbridge recycling bins.

There have been several recent incidents at the Waste and Recycling Centre that have put the safety of workers at risk.

Manager Steve Rozee says issues have been caused by the improper disposal of material ending up at both the landfill and the Materials Recovery Facility which sorts the city’s recycling.

“The biggest thing that concerns us is people putting in things that can explode,” says Rozee. “Things with compressed gases like propane tanks and helium containers from kids parties, and fire extinguishers. These are all items that can propel and explode, which can be very dangerous to our workers.” 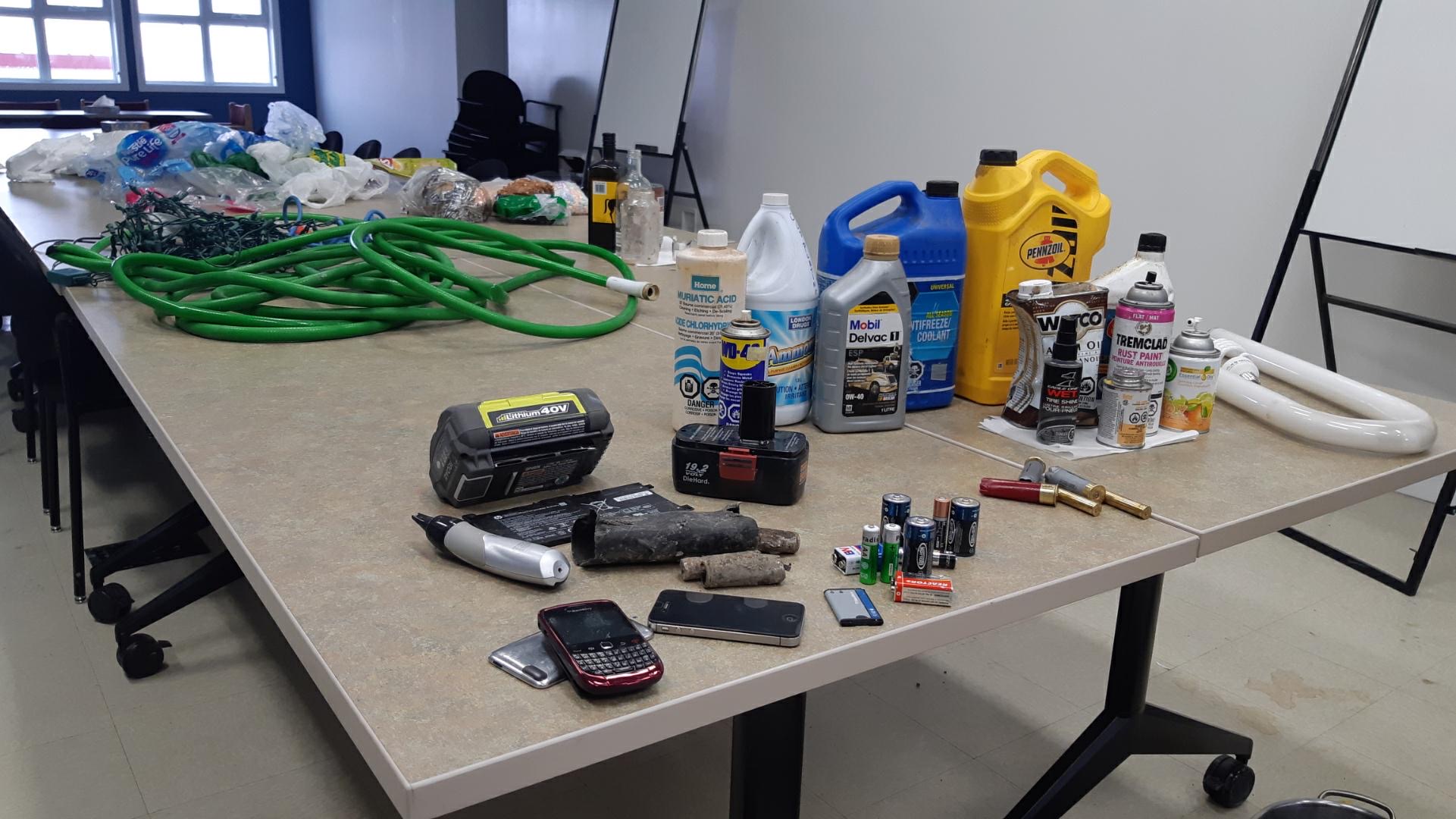 Rozee says residents can easily go to the City of Lethbridge website to see what can and can’t tossed into curbside blue bins.

Other items being found are things like batteries. Rozee says if broken, the chemicals in the batteries can catch fire which has happened three times in recent days at the landfill. Workers at the Waste and Recycling Centre, who sort through the items, have also discovered bottles of vehicle oil, spray paint cans, antifreeze containers, garden hoses, bicycle tires still on the rims, pots and pans, and even a bowling ball.

Rozee says a worker at the Materials Recovery Facility had to go to the emergency room after getting cut by glass while sorting. Glass can not be thrown into Lethbridge blue bins.

He says another example is a tonne and half of recycles was completely ruined after used motor oil contaminated numerous items.

Lethbridge is receiving about 30 tonnes of recycling a day and Rozee notes workers on a daily basis are finding dangerous or non-recyclable items.