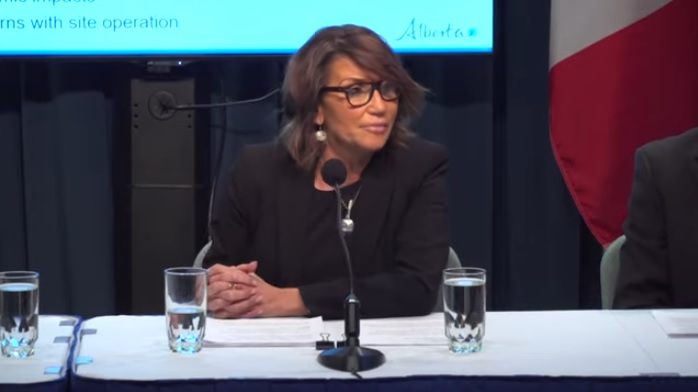 A government appointed panel, looking into Supervised Consumption Services across Alberta, says it’s found serious problems with the facilities as they are currently being operated.

The final report of the SCS Review Committee was released Thursday.

While there were no deaths recorded among people using SCS sites, the report shows death rates in the immediate vicinity continued to increase along with province-wide rates of opioid deaths.

Committee Vice-Chair, Professor Geri Bemister-Williams, says members have several concerns including how “adverse events” and “overdoses” are being defined in each site.

She says “in many cases “adverse events,” even if non-life-threatening or minor, are reported as “overdoses” and the term “reversal” is used when the response was a simple administration of oxygen. This leaves the public with an inference that without these sites, thousands of people could fatally overdose or no longer be alive.”

Bemister-Williams says “methamphetamine use accounts for up to 50 per cent of the drugs consumed at the sites, something these sites were not originally designed for. This was surprising and seemed antithetical to the purpose of the sites which is to address the opioid crisis.”

When it comes to the Lethbridge site specifically, the report says “Based on multiple comments from stakeholders, it was the Committee’s impression that the Lethbridge SCS site may be facing the most problems in the province, since the expressed concerns were disproportionately higher than expressed at other sites. Most of the concerns the Review Committee heard were directed at the operations of the site itself — how it is being run, the behaviour of its employees, an apparent lack of accountability, alleged occurrences of flagrant and open criminal activity around the site, its isolation from the greater community and several questions about the integrity of how data are submitted.”

It’s not clear if the report’s finding are related to a statement made by the Associate Minister of Mental Health and Addictions prior to Thursday’s press conference, but Jason Luan says the government is looking into ARCHES, which provides supervised consumption services here in Lethbridge.

During his opening remarks Luon stated “we have heard disturbing allegations of financial irregularities of ARCHES … yesterday we sent a team of auditors into the site to collect documentation for analysis.”

Luan says he will have more to say about this in the coming weeks.

A request for comment from ARCHES was not immediately returned.

The provincial government says it will consider changes to supervised consumption services over the coming months on a city-by-city basis.

For the full SCS Review Committee report, visit the Government of Alberta website.