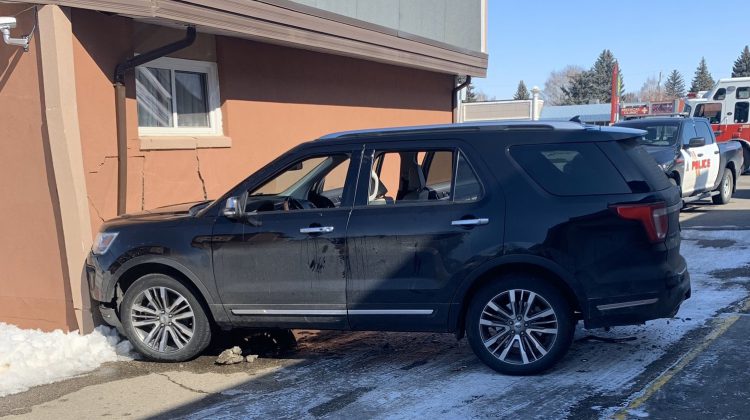 A 25 year old Lethbridge man is facing several charges after a stolen vehicle ended up hitting a building last Friday.

That morning, Lethbridge Police responded to a report an SUV had been stolen from a home along the 4400 block of 40th avenue south.

Later that afternoon it was spotted in the Dairy Queen drive-thru on 12th avenue south and while police tried using a pinning technique, the driver fled and hit one of the police cruisers.

As the suspect accelerated to try to get away, the vehicle hit the side of a Motel 6 office building.

A passenger, 26 year old Brandon Healy of Standoff, has been charged with breaching an undertaking.

A third occupant was released without charges.