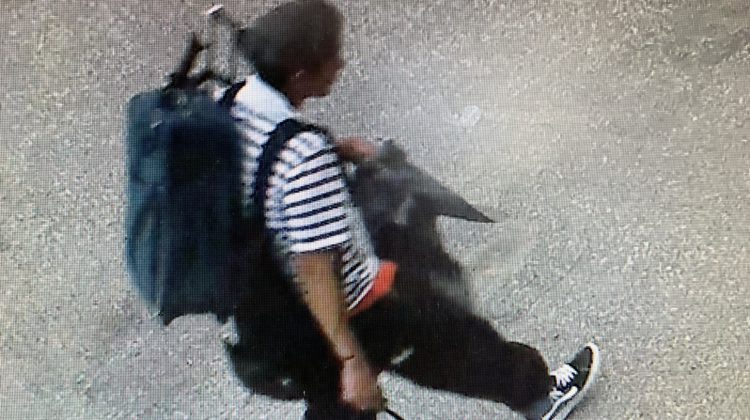 Lethbridge Police are looking for a “person of interest” in relation to a suspicious fire downtown earlier this week.

On Monday night, just before 10 o’clock, Lethbridge Fire and Emergency Services responded to a report of a waste and recycling bin on fire in the alley along the 600 block of 3rd avenue south.

When firefighters arrived they found a small fire next to a business.

Property damage is estimated to be about $1,000.

Video surveillance shows an unknown man walking through the alley about 30 minutes before the fire was reported.

Anyone who recognizes the person in the video is asked to call police.

The LPS says there have been several occurrences in recent weeks where fires have been set in garbage containers.

Residents are asked to keep an eye out for suspicious activity and report it right away while businesses and individuals are advised not to stack combustible materials or debris against buildings or fence lines.