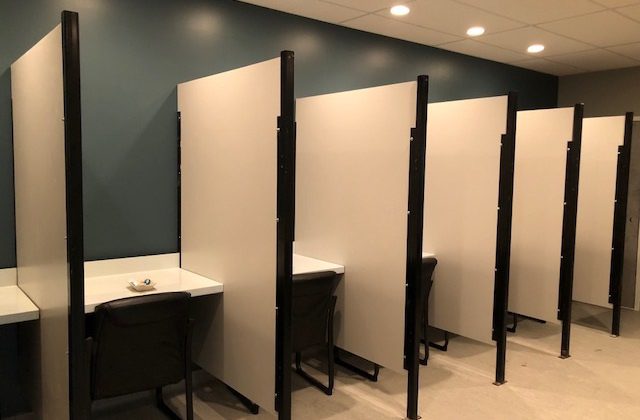 Photo of the injection room cubicles at the Lethbridge SCS. Photo credit to MyLethbridgeNow.com (Tina Karst)

The organization Albertans for Ethical Drug Policy is urging the province to consider the ramifications of de-funding Lethbridge’s supervised consumption site (SCS).

The group, made up of advocates, service providers, and people with lived-or-living-experience, saying in an open letter addressed to Health Minister Tyler Shandro and Associate Minister of Mental Health and Addictions, Jason Luan, that the decision will undoubtedly lead to significant harm and a sharp increase in deaths.

The letter further states, “Replacing the current SCS in Lethbridge with a mobile site that has a two-person capacity is the equivalent of using a Band-Aid on a bullet wound.”

Members argue that a new management team or different organization could be tasked with site operations, rather than shutting down the facility entirely.

They say people who have come to rely on the SCS could become collateral damage, adding that clients of Lethbridge’s ARCHES have done nothing to deserve being cast out into the street during a dual health crisis.

The province announced on Thursday (July 16) that it cut its grant funding agreement with ARCHES after an audit found serious financial mismanagement.