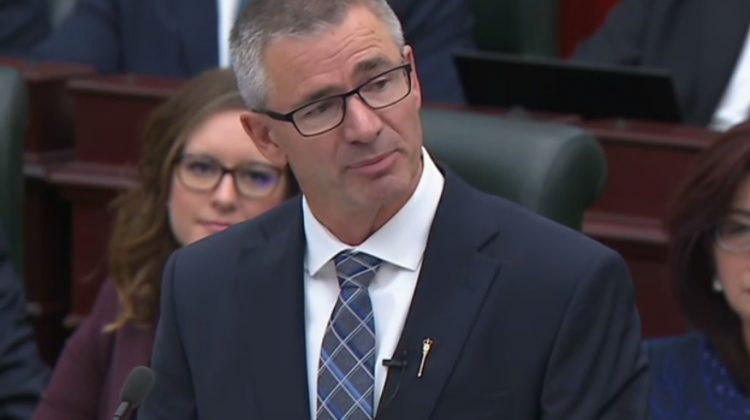 With around $13 billion in lost revenues expected in 2020, Finance Minister Travis Toews says the province remains in what he calls uncharted waters.

Toews says before the drop in global oil prices, and COVID-19 pandemic, he believes the government was well on it’s way to balancing the provincial budget after laying out a plan which saw a reduction paired with what he calls moderate growth. However, Toews now admits that the balancing act is one that will have to wait.

“Balancing the budget is still important to us, and I know it’s important to Albertans, but realistically it’s just not going to happen in our first term.”

Toews says in addition to using non-oil and gas sectors such as tourism, tech, and forestry as new revenue, the plan towards balancing the budget will also keep a close eye on current levels of debt.

“It will involve identifying new fiscal anchors such as net debt to GDP, debt service costs to revenues, we want to ensure we can get the province on what is a very positive trajectory so we can bring the province to balance in the future, but it will not happen in the first term, unfortunately.”

Toews adds he will continue to seek guidance from former finance ministers, going as far back as the Ralph Klein years, to help drum up ideas. He says that perspective can be key in making a successful comeback from a deep financial strain.

“As we look forward to 2021, I really believe it’s going to be incredibly important that the government delivers services in the most efficient way,” he says. “That was our plan in 2019 and 2020, and we will be doubling down on that effort.”

Toews is expected to deliver his latest fiscal update on August 27th at the legislature.