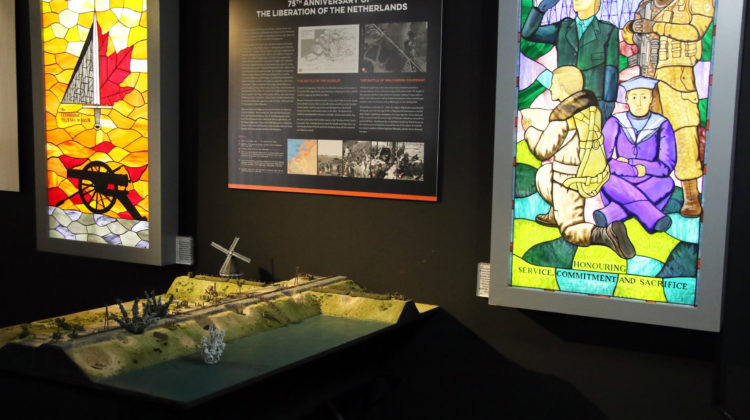 The Lethbridge Military Museum is commemorating the 75th Anniversary of the Liberation of the Netherlands.

A recently installed temporary display is now open to the public after an official ribbon cutting was held Tuesday at the Vimy Ridge Armoury.

The local military museum is also highlighting its courtyard renovations which has allowed some artifacts to be relocated for direct public access at the entrance of the facility.

Officials are inviting residents and southern Alberta schools to visit and encourage the public to learn and share the rich military history of the area.

Guests are required to wear masks while visiting.