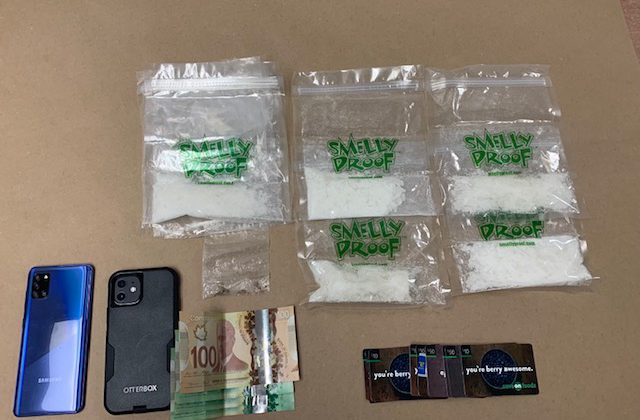 LETHBRIDGE, AB – A significant amount of meth has been taken of Lethbridge streets after a bust by police Thursday.

The Priority Crimes Unit arrested a Lethbridge man on outstanding warrants and seized 219 grams valued at more than $13,000.

A small amount of suspected ecstasy was also recovered.

31 year old Robert Kenneth Laing has been charged with possession for the purpose of trafficking, possession of a controlled substance and possession of the proceeds of crime.

He was due to appear in court Friday, June 4.