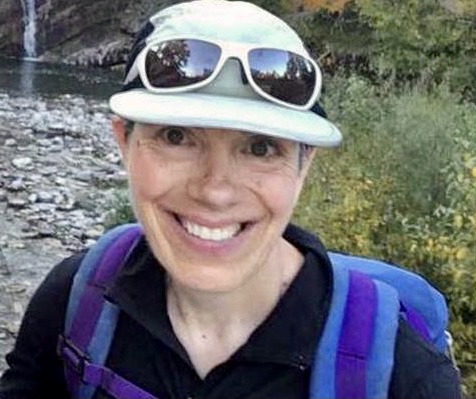 LETHBRIDGE, AB – Lethbridge Police say Christiane Saint-Pierre has been found deceased. Her death is not considered suspicious and police will not be commenting further on this matter.

The search for a missing Lethbridge woman continues.

Police are now working with the fire department in the Henderson Lake area in the hope of finding 55 year old Christiane Saint-Pierre.

LPS Inspector Pete Christos says they’d like to talk to anyone who was driving along 9th Avenue South on Monday, July 5th between 2:00 pm and 6:00 pm and who may have dash cam video.

“She frequents the park very often. She likes to go for walks within the park and around the city. This is the last known location and we believe this is where she was last seen. We know she talked to somebody that afternoon before she left the house,” says Christos.

Christos was asked why the fire department is now involved in the search. He says they’re trying to eliminate the possibility she may have fallen in the lake. He notes there’s nothing right now that would indicate foul play, they’re just trying to cover all their bases in the search.

Anyone with information on this missing persons case is encouraged to contact police LPS Sgt. Saska Vanhala at [email protected]lethbridgepolice.ca, or at, 403-330-5049.

Police are asking for the public’s help in trying to find a missing Lethbridge woman.

She is described as five-foot-eight and about 125 pounds, with a slim, fit build.

Police says Saint-Pierre is very active and spends time walking in the coulees or around Henderson Lake.

If you know of Christiane’s whereabouts, please contact Lethbridge Police at 403-328-4444.

Could Lethbridge have a one-stop location for everything COVID-19?

Could Lethbridge have a one-stop location for everything COVID-19?

Patrick Siedlecki - October 12, 2021
EDMONTON, AB - If you haven't got a COVID-19 vaccine yet, the Alberta government is again asking you to please get one. Albertans 18 and...

Tina Karst - October 12, 2021
EDMONTON, AB - Yet another notice from Alberta Health Services regarding the use of ivermectin as a treatment for COVID-19. Officials say we all want...