LETHBRIDGE, AB – Six people were arrested in connection to yet another drug trafficking investigation at a local hotel, but only one 39 year old man has been charged.

A search warrant was executed on Thursday (Nov. 18) in one specific room, where pellet guns, body armour and a small amount of fentanyl were seized and three people arrested.

Three more people were taken into custody when officers also stopped a vehicle associated with that hotel room. A search of the car turned up bear spray and a large machete.

39 year old Rodney Bottle of Lethbridge is charged with carrying a concealed weapon and knowingly possessing a prohibited weapon. He’s set to appear in court in January.

The other five suspects were released without charges. 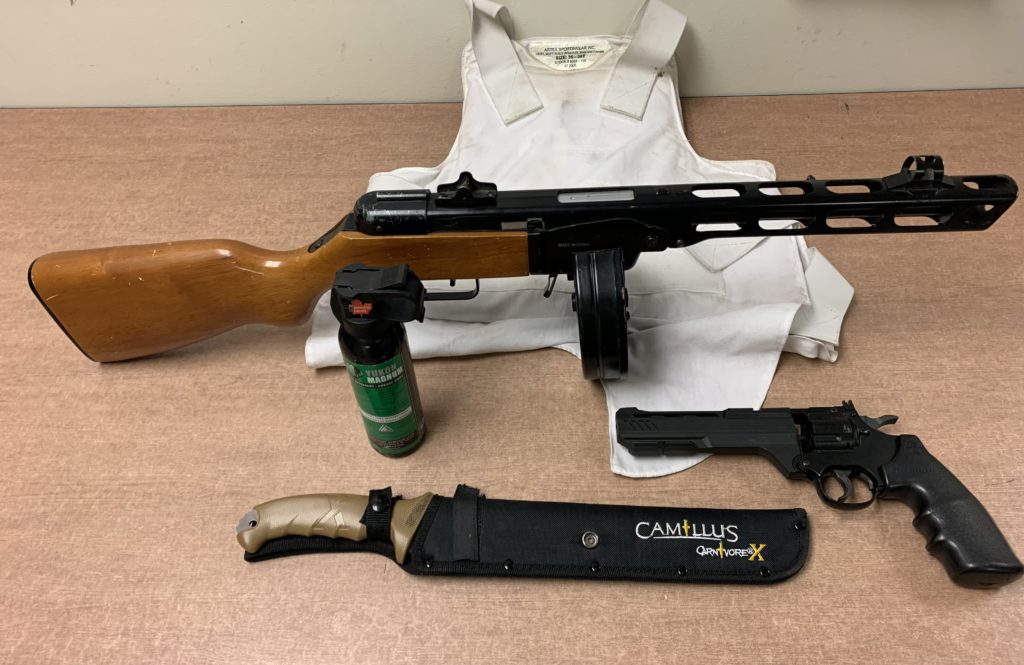