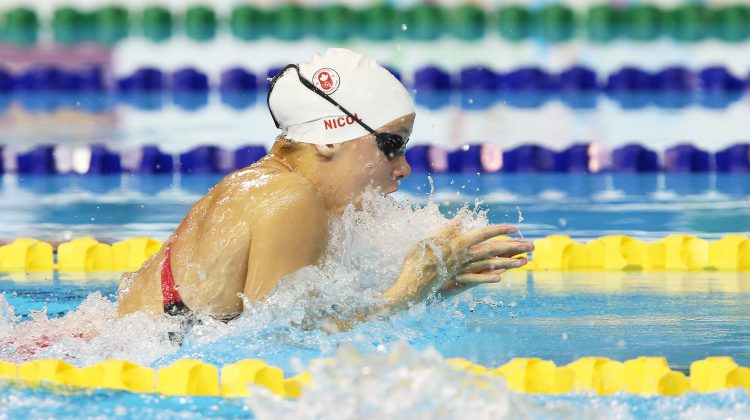 Students at a west side elementary school got a special visit from a Lethbridge Olympian Wednesday morning.

Swimmer Rachel Nicol spoke to students at The Children of St. Martha about her Olympic story and how she’s handled moments of self doubt.

She says she wanted to inspire all students and their aspirations not just those involved in sports.

Nicol finished 5th in the 100 metre breaststroke at her Olympic debut in 2016 and is currently preparing to qualify for Tokyo 2020.

Nicol was given a boost by the Petro-Canada FACE (Fuelling Athlete and Coaching Excellence) program which awards grants to inspirational athletes deemed to have great potential to represent Canada at Olympic and Paralympic Games.

After the assembly, Nicol presented a special framed photo to the school on behalf of the FACE program.