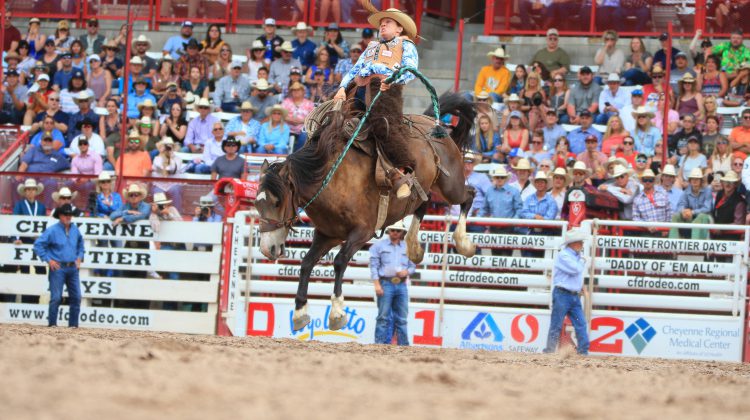 Women will prove that they can do it too this spring, with the addition of the ladies ranch bronc riding event at a southern Alberta pro rodeo.

The bucking horse event will be featured for the first time at the Kananaskis Pro Rodeo in the Crowsnest Pass from April 24 to 26.

Pearl Kersey with the Texas Bronc Riders Association, who’s also a ranch bronc rider herself, says this is the first year that the event will be brought to rodeos across Canada, as well as in Australia. She notes that the ranch bronc event has already been touring the United States for the past three years.

Kersey says the rules are similar to the men’s saddle bronc. However, the women are allowed to use both hands during their eight second ride, and they are not required to spur out on the horse when they come out of the bucking chute.

“It’s just another event for us to show that we can do it too,” Kersey told our radio station. “A lot of us ride colts and we do it every day for work. So, now we just want to show everybody in the rodeo world and make some money off of it.”

While numbers have not yet been confirmed, Kersey hopes to see three to five women competing at this spring’s Kananaskis Pro Rodeo.