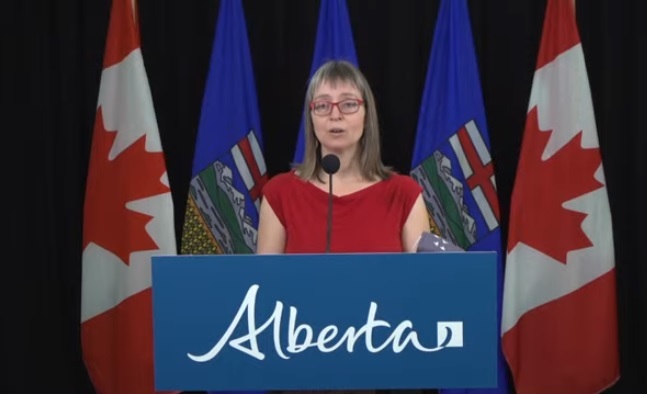 Health officials say there is no evidence at this time to suggest a rare swine flu variant has spread beyond one patient in Central Alberta.

Influenza A (H1N2)v is rarely seen with only 27 human cases reported around the world in the past 15 years.

The province’s Chief Medical Officer of Health Dr. Deena Hinshaw says it was detected in mid-October after a patient with influenza-like symptoms sought medical care at a hospital.

She says “because it was an emergency department sample, it was tested both for influenza and COVID as part of our routine process … and as part of our typical lab process, whenever we get an influenza positive, especially early in the season, part of the process is to move through into a typing to understand what type it is and as part of that process it was identified that it was a non-seasonal strain.”

Hinshaw says this is the first confirmed case of H1N2 in Canada.

She also notes it is not a food-related illness and is not transmissible to people through pork meat or other products that come from pigs.