The Canadian Federation of Independent Business says Lethbridge and several other Alberta communities have been increasing their spending at unsustainable rates.

The CFIB’s latest Alberta Municipal Spending Watch Report analyses the spending habits of the province’s 17 largest cities and counties over a ten year period from 2007 to 2017.

Keyli Kosiorek, the Federation’s Policy Analyst, says Lethbridge ranks right in the middle of the pack at number nine. “Lethbridge saw operational spending growth of about 54%, while the population grew by only 20% (during those ten years). That’s over double the sustainable rate that we recommend.”

Kosiorek says these municipalities need to develop long-term plans to manage growth and spend within their means.

The report also revealed a strong connection between a municipality’s ranking and the number of full-time employees it has relative to the size of its population. Generally, municipalities that have a lower resident per municipal worker ratio operating spending is higher. 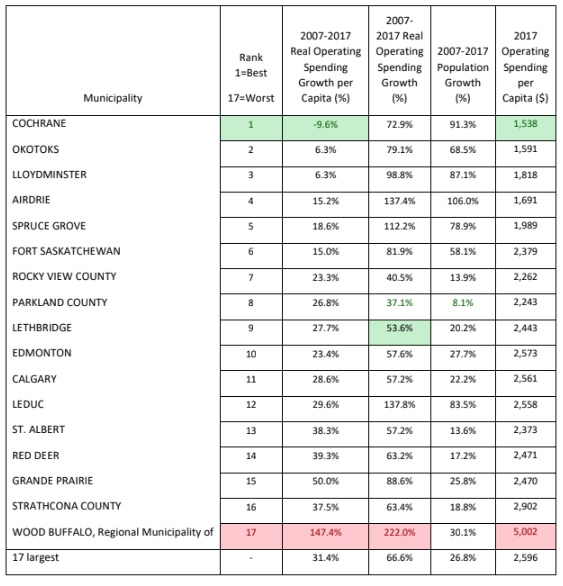