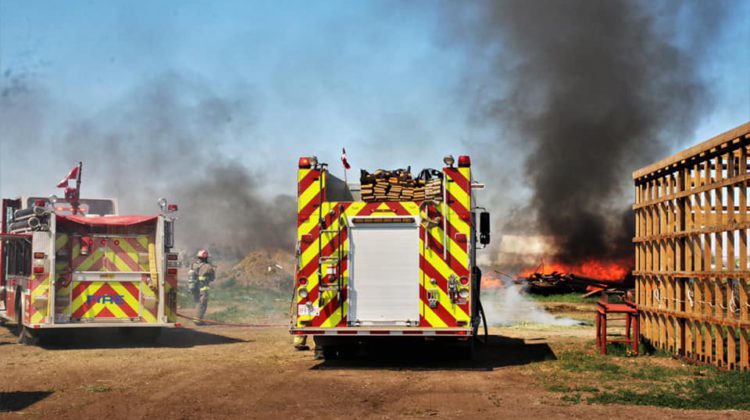 Several fire crews from the MD of Taber Regional Fire Service were called out late Saturday morning (May 15) to reports of an outside fire that was possibly extending to some nearby fuel tanks and other structures.

When crews arrived on scene they found thick black smoke by a house and shop on the property. The blaze was quickly knocked down and cleaned up in just over two hours.

No one was injured.